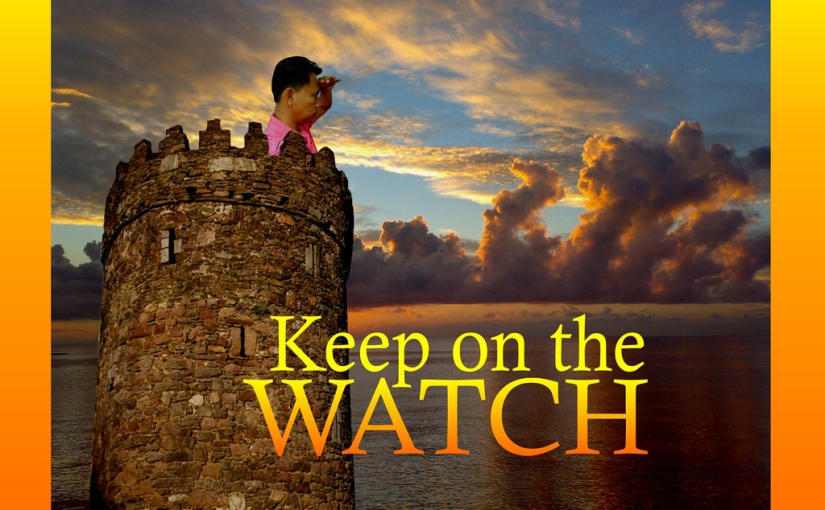 God loves to see us progress in our faith. And that’s what Paul tells his young protege Timothy. As you grow, he says to Timothy, let everyone notice your progress.

Diligence and vigilance are the key ideals Paul employs when he urges Timothy to make progress in his faith. Once we become believers, it can be easy to coast. We can be lulled into being satisfied with the minimum. And we can drop our guard — forgetting that the devil is out there prowling around like a roaring lion.

For Timothy, as a leader in the church, diligence and vigilance were doubly important. Because he was setting an example for others. As he “gave himself wholly” to his ministry and to his own faith, his followers would take note. As he kept a close eye on his way of life and his doctrine, he would help not just himself, but also his hearers.

This is good for us to remember too. When we are diligent about our faith, when we watch to see that our teaching conforms to the Bible, when we live according to God’s commandments, we show our progress and we help others make progress as well. And when we persevere and keep on doing this, people notice our habits.

“Be diligent in these matters; give yourself wholly to them, so that everyone may see your progress. Watch your life and doctrine closely. Persevere in them, because if you do, you will save both yourself and your hearers” (1 Timothy 4:15-16, NIV).

Lord, help me to stay diligent and vigilant. I know that it is impossible for me to do this on my own. So strengthen me to keep close watch on both my doctrine and my life, so that I may progress in my faith, and help others progress in their faith as well. 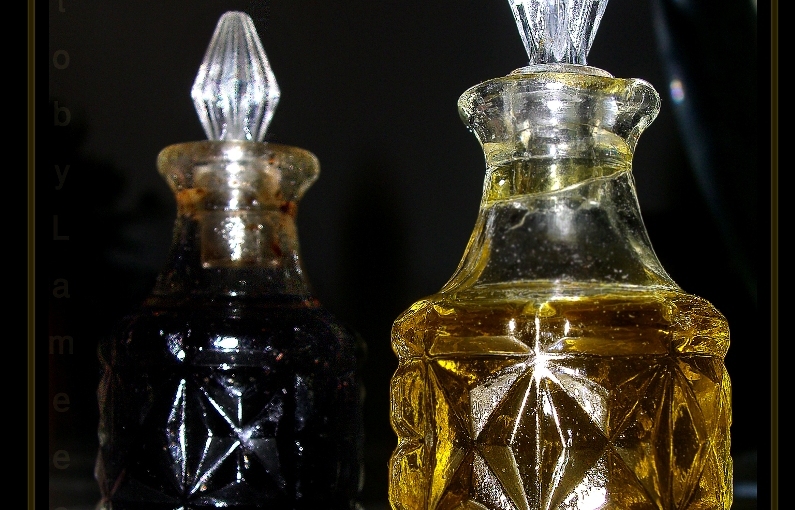 Hezekiah was a 25 year old young man when he became king of Judah. And his father Ahaz had not been a good king. Not even close. Let’s just say that Hezekiah’s father was best known for shutting the temple down, while simultaneously setting up altars to false gods on every street corner in Jerusalem. They were like Circle K’s, they were so prevalent.

From the very beginning of his reign in Jerusalem, Hezekiah set out to do the right thing in God’s eyes. Hezekiah’s hero, the man he sought to emulate was not his father, but his ancestor David. He wanted to have the heart and mind of the king who was “a man after God’s own heart.”

So, what did it look like? If we had been someone serving under King Hezekiah, or a personal friend or family member, or even one of his enemies, what would we have noticed about him?

I think the answer to this question boils down to two things.

First, we would have observed that Hezekiah was a man of prayer. He looked to God instead of to himself for answers. He did not make a move without first consulting God for guidance.

And second, we would have been amazed at Hezekiah’s passion and work ethic. We would have seen a mission-minded, vision-focused individual, who nevertheless had his feet planted firmly on the ground, and his hands always moving and prepared to get dirty.

How about you? How often do you step aside, create some space, and push the world away for a little while so that you can consult with God in prayer, and ask God for direction and guidance?

And then, how ready are you to plant your feet firmly on the ground, and say to yourself, “Ready, Set, Go!”? How prepared are you to get your hands dirty doing whatever the kingdom requires, serving God wholeheartedly?

I think you can see from Hezekiah’s life that the Lord responds to such bold inquiry through prayer, and to such readiness to work passionately for the kingdom. Just see how God watched over Hezekiah, and all the people that faithful Hezekiah led, and took care of them “on every side!”

These two — seeking and working — on the surface of things, might look like opposites. One is quiet and meditative, the other active and busy.

But these are two opposites that definitely attract God’s attention!

“This is what Hezekiah did throughout Judah, doing what was good and right and faithful before the Lord his God. In everything that he undertook in the service of God’s temple and in obedience to the law and the commands, he sought his God and worked wholeheartedly. And so he prospered… So the Lord saved Hezekiah and the people of Jerusalem from the hand of Sennacherib king of Assyria and from the hand of all others. He took care of them on every side” (2 Chronicles 31:20-21, 32:22, NIV).

Heavenly Father, thank you that you show us people like Hezekiah, who walked faithfully with you in faith. Help me by your Spirit’s power to emulate his heart, his mind, and his actions. I want to become a person of fervent prayer, and learn to seek your guidance always. I want to become a person of action, ready to serve you and your kingdom with passion, energy and joy! 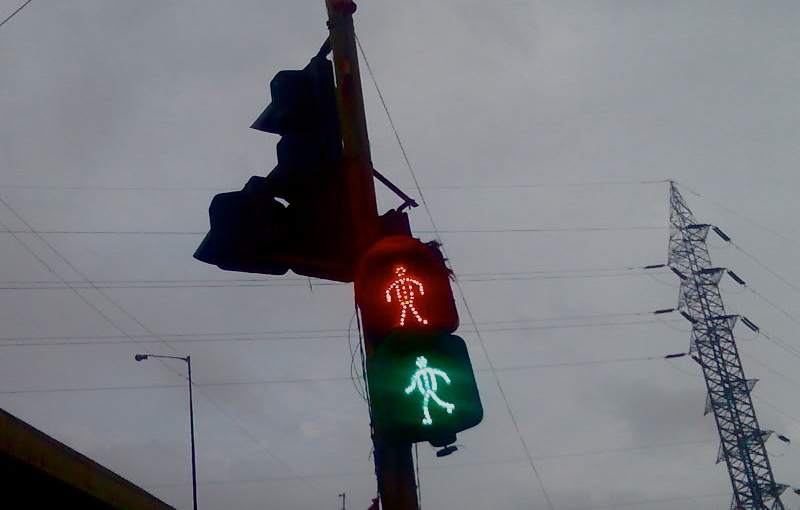 Do you know how to be Jesus’ relative?

Hint. It’s not by blood.

Jesus made this point several times during his ministry, most notably at the very end of the Sermon on the Mount. If you want a vibrant, lasting faith, one “built on a rock,” not one “built on sand,” then listen to God’s word AND put it into practice.

Luke records Jesus expressing the same thought on a different occasion. But the message is very, very similar: If you want a closer, stronger relationship with Jesus, listen to God’s word AND put it into practice in your life.

Even Jesus’ brother James (who was Jesus’ brother by blood!) says it. If you want to stop deceiving yourself and live a life in which you will be “blessed in what you do,” listen to God’s word AND do what it says.

Yes. It’s another one of those teachings in the Bible where there’s an important AND.

None of these verses is talking about salvation. Salvation is all by grace, through faith. And faith comes simply by “hearing the message,” says the apostle Paul in Romans 10.

But maturity? The deepening of the roots of your faith? The lifelong process of sanctification (becoming holy like Jesus)? The growth of your relationship with your Savior — and the resulting fruit such a growing relationship produces?

Jesus is straightforward about that. There’s an AND. Listen to God’s word AND — with the Holy Spirit’s help and power — put it into practice. 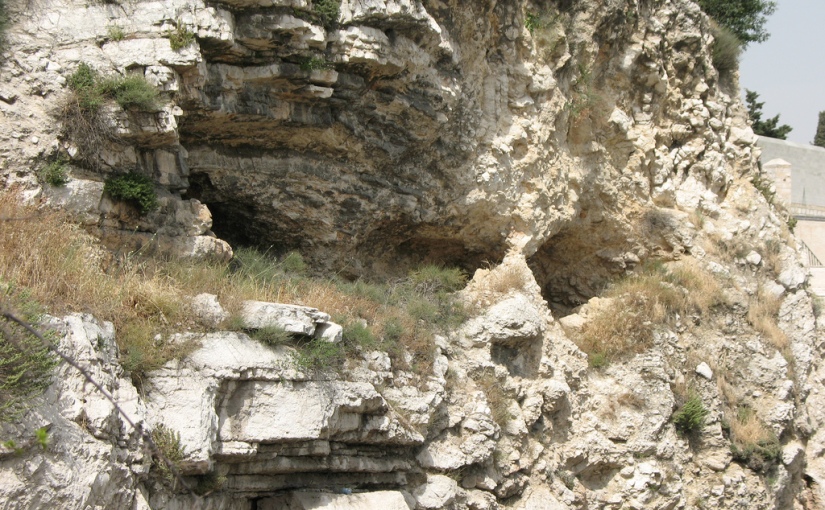 God is holy. That means that he is set apart from sinners. And that he cares deeply about justice. When a sin is committed, restitution must be made.

It doesn’t end there. A holy God requires those around him to be holy. He especially desires his own people — his specially chosen people — to be holy.

God made this clear to children of Israel: “Do not profane my holy name, for I must be acknowledged as holy by the Israelites. I am the Lord, who made you holy and who brought you out of Egypt to be your God. I am the Lord” (Leviticus 22:32-33, NIV).

We are God’s chosen people too. For just a moment, pause and think about how amazing that truth is. The problem is you and I, like the Israelites, are not “set apart” at all from sinners. We are deeply imbedded amongst sinners, because we ourselves are sinful and unholy.

And that’s a big problem.

At least it was. Until God’s Son Jesus raised his hand, and willingly offered himself to die in our place.

He will pay the restitution. He will reconcile us to the Father. A holy God makes things perfectly right through the sacrifice of his own life. The single solution to the problem — the solution that draws holiness and love together in a single act — is Golgotha.

“They brought Jesus to the place called Golgotha (which means “the place of the skull”). Then they offered him wine mixed with myrrh, but he did not take it. And they crucified him. Dividing up his clothes, they cast lots to see what each would get” (Mark 15:22-24, NIV).

Jesus thank you for your perfect holiness and your perfect love. Help me to be astounded every day by you and the perfect, loving sacrifice you were willing to make to win forgiveness and reconciliation for me. 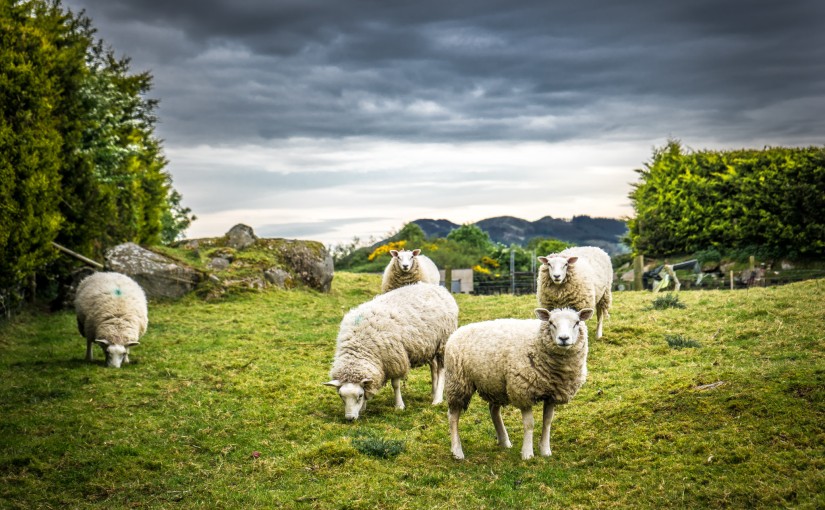 God makes some fabulous promises to you. But one of the best promises of all time is contained in the poetic picture he gives you of being your Good Shepherd.

Psalm 23 is beloved for good reason. Because it promises that no matter how things look to you right now, there is a new reality you need to know about. And that reality is this:

Your Shepherd will take care of you. Because he deeply cares for you.

Your Shepherd will protect you. Because he is with you every step of the way. Every step.

Now and then, today and forever, for time and eternity, Jesus is your Good Shepherd.

You enjoy his goodness and love. And that’s not going to change. Ever.

“The Lord is my shepherd, I lack nothing. He makes me lie down in green pastures, he leads me beside quiet waters, he refreshes my soul. He guides me along the right paths for his name’s sake. Even though I walk through the darkest valley, I will fear no evil, for you are with me; your rod and your staff, they comfort me. You prepare a table before me in the presence of my enemies. You anoint my head with oil; my cup overflows. Surely your goodness and love will follow me all the days of my life, and I will dwell in the house of the Lord forever” (Psalm 23, NIV).

Lord Jesus, thank you for being my Good Shepherd. I know you care for me. So please take care of me. Protect me. And show me your goodness and love now, and in eternity too.