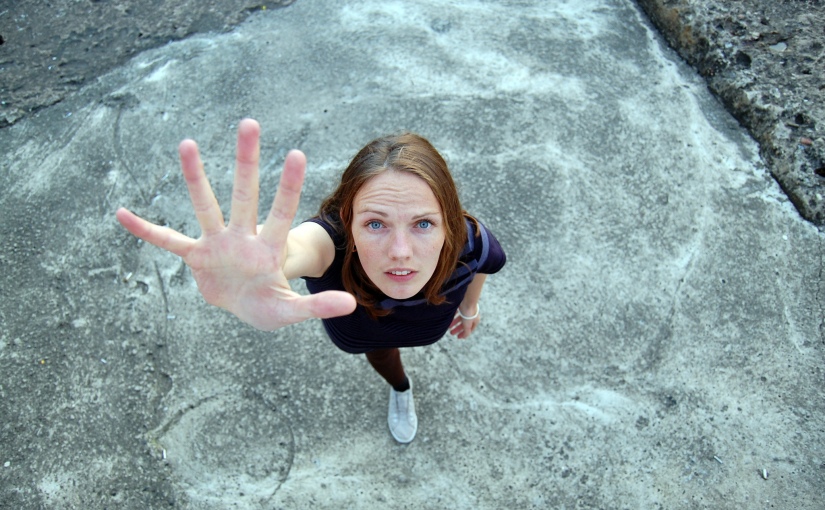 When we’re cornered, it’s a very overwhelming sensation. And that can lead to desperation.

David must have felt that desperation when he was backed against the wall, hiding from King Saul. Saul wanted his life. David and his men were forced to hide in the caves and crags — their “prison,” as David calls it.

David’s response was not to try and solve the problem himself. After all, David may have been the Lord’s anointed, but Saul was currently God’s chosen king of Israel. In no way was David going to rebel against the king that God himself had put in place.

Instead, David gave the unsolvable, overwhelming problem back to God. “Here, God, you take it,” David effectively said. “I look to you to solve this. And until you do, I’ll just be here with my back up against the wall in this dark cave.”

David cried out to the Lord. He wasn’t in the least reluctant to complain to him. He felt alone and helpless. The need was overwhelming. His desperation was rising.

Yet he still said to himself, and to God, “Waiting. And praying. That’s my job. Your job, God, is working it all out.”

When he didn’t know where to turn, he turned to God. When he felt downtrodden and ignored, he made his complaints to the Lord. When he sensed that he was alone and helpless, the Lord was his companion and his refuge. The Lord had the key to set him free from his prison.

You know what? That’s still not a bad approach for us today, when we feel cornered in life.

After all, isn’t that just what Jesus did for us when he was “cornered” in the Garden of Gethsemane?

“This sorrow is crushing my life out,” he told his disciples. “Stay here and keep vigil with me.”

Then he prayed, “My Father, if there is any way, get me out of this. But please, not what I want. Do what you want, what you know is best.”

And that led to his eternal victory (and ours), didn’t it?

I cry aloud to the Lord;
I lift up my voice to the Lord for mercy.
I pour out before him my complaint;
before him I tell my trouble.

When my spirit grows faint within me,
it is you who watch over my way.
In the path where I walk
people have hidden a snare for me.
Look and see, there is no one at my right hand;
no one is concerned for me.
I have no refuge;
no one cares for my life.

I cry to you, Lord;
I say, “You are my refuge,
my portion in the land of the living.”

Listen to my cry,
for I am in desperate need;
rescue me from those who pursue me,
for they are too strong for me.
Set me free from my prison,
that I may praise your name.
Then the righteous will gather about me
because of your goodness to me. (Psalm 142:1-7, NIV)

One thought on “Cornered”