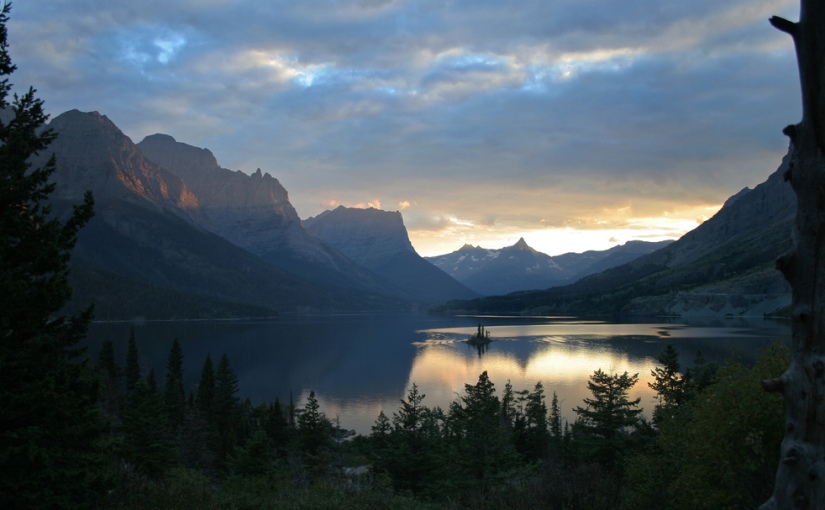 Peter and John had healed a crippled man at the temple in Jerusalem. This gentleman was over 40 and had been crippled since birth. And everyone knew him well because he had been a fixture at the temple gate.

The Jewish rulers, elders and teachers of the law were not happy about this. They thought they had stamped out this Christianity “thing” by executing Jesus. But now it appeared that it was all about to crack wide open again. They had to admit, “Everyone living in Jerusalem knows they have performed a notable sign, and we cannot deny it” (Acts 4:16, NIV).

But these Jewish religious leaders were determined to put an end to it. So they summoned Peter and John and told them to stop speaking and teaching about Jesus.

I got to thinking about how impossible obeying this command would have been. I’m writing this from near Glacier National Park. And I’m imagining someone telling me to stop talking about how beautiful the mountains, the lakes, the streams, the sky — the whole landscape! — is here. I don’t know that I would be able to stop exclaiming how beautiful and amazing it is!

Think about Peter and John and the other apostles. They had watched Jesus teach with great power. They had seen him do many miracles. They heard him predict his crucifixion (on multiple occasions), and then be crucified just the way he told them he would be.

Then they had seen him rise from the tomb, as he had also told them he would do. On multiple occasions they witnessed Jesus alive after he had been brutally executed. At his ascension, they watched him rise into the clouds and return to heaven.

Then they experienced Pentecost and the outpouring of the Holy Spirit. On top of all that, they had been given the power to do miracles themselves. And here was a man who had been crippled from birth, healthy and whole for the first time in his life of 40-plus years, because of the power of Jesus Christ working through them!

What do you think is going to happen if someone tries to shut them up?

It’s just not going to be possible! They had seen how beautiful and amazing Jesus is!

And the same applies today to those who have witnessed in their own lives the power of forgiveness of sins through Jesus, the transformation from a life of pursuing sin to a life of following Jesus, the healing power of being given a new identity, a new destiny, a new purpose, a new set of possibilities in life and a new community of fellow believers to enjoy.

Shut us up? It’s just not possible! We have seen how beautiful and amazing Jesus is!

“Then they called them in again and commanded them not to speak or teach at all in the name of Jesus. But Peter and John replied, ‘Which is right in God’s eyes: to listen to you, or to him? You be the judges! As for us, we cannot help speaking about what we have seen and heard'” (Acts 4:18-20, NIV).

Lord, help me to be bold to confess my faith in you, and tell as many people as possible how beautiful and amazing you are.

One thought on “It’s Just Not Possible!”